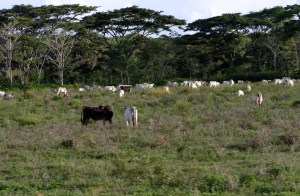 Several years ago (1999 to be exact) I asked Tom if there was anywhere he would want to go in the world, where would that be? Without hesitating, he said Costa Rica. A person he worked with had been there and had come back raving about how beautiful it was. Tom had gone to high school for three years in Sao Paulo, Brazil and I had been sure he would say he wanted to go back there. However, Costa Rica won and I promptly went to my time share site to see what might be availabe in CR. We found a place at Playa Hermosa in Guanacaste and off we went in May of 1998 to spend a week in a condominum in a country we had never seen. By the time the trip had ended, we knew that we would be back as often as we could.

In the ensuing years we discovered so many different areas of Costa Rica that we loved and we tried to visit as many places as possible. We have stayed at a variety of and houses (Hotel Grano De Oro, Vista Del Valle, Hotel Pura Vida, Hotel Milvia, Hotel Si como No, Tres Banderas, Villas Calletas, Villas Escaleras, Tree House Hotel to name a few) and have visited much of the country. We have been to Manuel Antonio, Arenal, Dominical, Uvita, Jaco, Grecia, Monteverde and points in between. On our 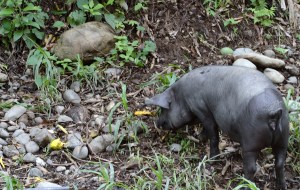 second trip down we spent two days rafting down the Pacuare River and spent the night in the rain forest with just the two of us and a guide. On another trip we watched a potter in a small village work her magic on clay and she showed us the kiln sitting in her back yard that she used to fire the pieces.

Last year we visited Puerto Viejo for the first time and, even though we love the entire country, this was the place that really felt like home. The area is so laid back yet there is so much to do in a small area. There are a few wildlife refuges, places to scuba and snorkel, and amazing birds and wildlife everywhere. The restaraunts are wonderful – uniformly the best across the board of anywhere we have been in the country. While we won’t be spending lots of time in restaraunts, we are glad to know that we have the option of so many. 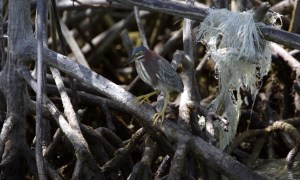 On Wednesday we took the dogs to the veterinarian to get them the shots that they will need before they can get into Costa Rica. Two of them were normal rabies and distemper but one was something they hadn’t had before and they are suffering for it. They are having serious gastrointesinal issues which isn’t fun for them or for us…… They had to get the shots at least 30 days before we arrive in Costa Rica. So that is done and hopefully they will feel better in the next day or so.

It has been so cold here that we have tied records the last couple of days. It just makes it harder to hang around but we don’t have a choice. If we could I know we would head out sooner than planned but, since we have the travel plans all completed we can’t. Plus we both made committments to our work to stay until the end of July and we will do that. It is harder and harder to take it all seriously, although we still do. But I wish sometimes that I had had the objectivity and sense of disassociation that I now have – it truly has made life much easier. 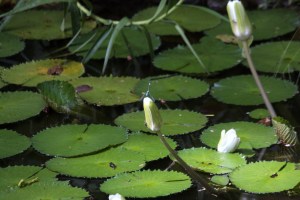 We have been busy the last several days working on the move. This weekend we made airline reservations to come back to the States in November to bring some of the things we are going to store in Denver back to Costa Rica. We also made reservations at the hotels we will stay in during the time we leave Moscow at the end of July to August when we fly out. We made appointments to get the dogs into the veterinarian in Moscow (tomorrow) to get all their shots and made an appointment with a vet in Denver to get a checkup and the paperwork completed so that we can get their health certified with the USDA in Lakewood in the ten day time period required by the Costa Rican government.

The timing is going to be tight. We will leave Moscow on July 31st and drive to Casper Wyoming to visit mom. We will stay there until the morning of August 3rd and drive to Denver. The appointment with the vet is that afternoon at 3:15. We will have to get the information faxed to the USDA that afternoon so that it can all be verified so we can pick up the veterinarian certification right before we leave. Tom will probably fly out of Denver on August 4th to go to Washington DC to get all of our documents needed to apply for residency certified at the Costa Rican embassy. He will return on August 6th. We were able to get reservations at a new hotel with a room that has a full kitchen, living room and separate bedroom for around $70 a night!! It borders a large open space so that I can take the dogs for a walk while Tom is in DC. On August 8th we will head to Gunnison and stay a few days and set up a bank account so that my son can have access if need be. We will use his address for the mail that we need to receive in the U.S.

I have to quit because I am out of breath 🙂

It is just ninety days now that we will fly to Costa Rica and begin the new phase of our life. It is so weird that this is such a momentous move when it is really not that far away. I guess the fact that we are leaving the United States and are not planning to move back makes it seem more exotic to everyone. To me, moving to Florida or Canada would be just as much of a change as moving to Costa Rica. However, it is very apparent that we are not staying in the U.S. There is so much work to be done as far as ensuring that all our documents are properly verified and attested to – at times it seems overwhelming. We have pretty much decided that Tom will fly to Washington DC in late July/early August to go directly to the U.S. Embassy to get all of our documents certified. If he does not, then we will have to send the documents we collect (birth certificates, marriage license, etc.) to two different regional emabassies (California and Illinois) and hope that we get the certified copies back before we leave on August 13th. Neither of us are comfortable thinking that we will be able to get that all done before we fly out. We really want to be able to get our documents in order and filed so that we don’t have to leave the Costa Rica every 90 days. Becoming a resident (not a citizen) is our most important short term goal. Everything else can wait 🙂

These are my dogs……

Since the title of this blog is “Costa Rica Dog Lover” I thought I would give some insight as to why I chose that name. Two of the reasons are in the photo to the left. We have two siberian huskies who will be traveling with us to Puerto Viejo in 96 days 🙂 Wiley will be seven years old this summer and Kaya will be three. We got Wiley from a rescue in Colorado six years ago when he was eight months old. We had taken our HUGE (170 pounds) alaskan malamute named Neo with us to make sure that a new dog would interact well with the dominant malamute. All of the huskies were nervous and scared with him except Wiley. Wiley just thought that Neo was playing a game when he growled and just jumped and ran around Neo and had a great time. Although it took Neo a while to warm up to Wiley, he eventually did. Our third dog, Bentley, who was a boxer/pit bull mix, just kind of hung out and did his best to put up with both of them.

Kaya was a completely unexpected addition to the pack. After Bentley died in November of 2007, we had decided to just stick with two dogs. However, that darn Petfinder website got the best of me. I was just browsing one day and came across a picture of the cutest dog I had ever seen. She was about seven months old and her story was unbelieveably sad. She had been part of a 54 dog rescue in Washington State in the Fall of 2007′ the owner of the dogs thought that it would be a great idea to have a dog sledding business and so kept breeding huskies. Twice a week, the owner would throw food out for all 54 dogs and they would fight over it since they were so hungry. Kaya had both of her back legs broken during one of the fights by the older dogs – she was only three months old. The humane society came and picked her and four other puppies up but didn’t have enough evidence to take the others until a few months later. Kaya was taken by a wonderful rescue in Spokane and it was from that rescue that I saw her picture and adopted her. Even Neo accepted her and, although Wiley was a bit unsettled by not being the new guy any more, they have become inseparable – especially after Neo died a year ago.

Wiley has epilepsy and I have been worried about how he will do in Puerto Viejo. He has not had a seizure in over two years now so I think he should be fine but I won’t be comfortable until they are both there and settled and he continues to be seizure free. Kaya will be fine. Even though she started out with a difficult life, she has had absolutely no ill effects from it. She is incredibly forgiving and is an absolutely joy to be around. She reminds me everyday that holding a grudge does no one any good. She loves everyone and pretty much everyone loves her.